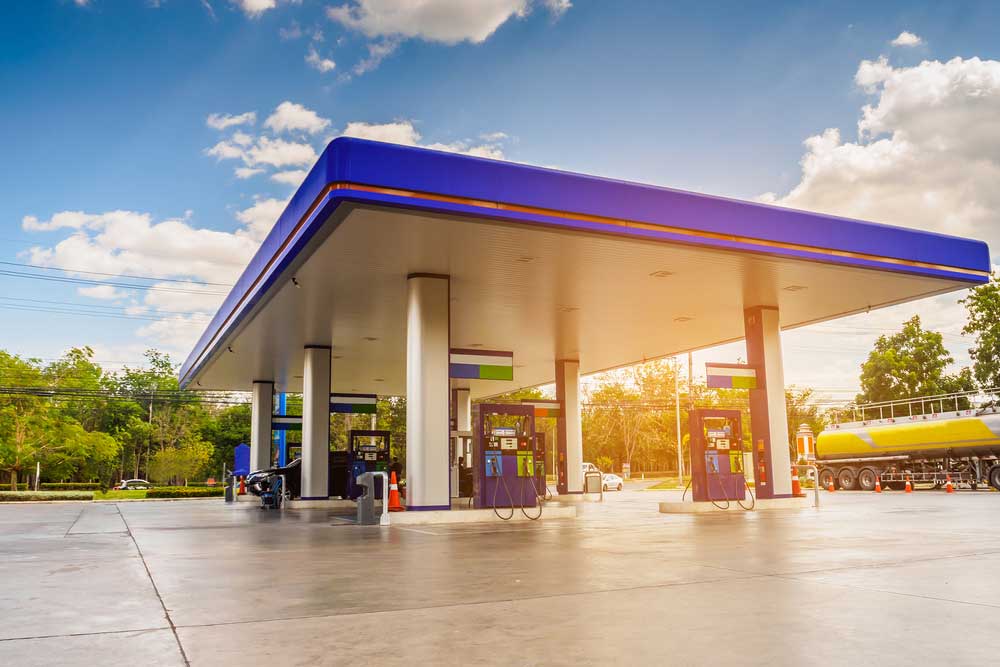 The general truth for society is that most people do the right thing, but there are always some outliers. Any store owners are aware of the need to prevent their stores from theft from the odd shoplifters, but it’s a different situation for petrol station owners. Petrol stations have a different structure of purchasing than most facilities, where buyers fill it up their tank and are trusted to enter the store to pay later.

This works because drivers pay for the amount they use, but it also leaves stores vulnerable to drive-offs and a loss of $166.91 per week for the average store according to the Australasian Association of Convenience Stores. Combatting this requires everyone who owns petrol stations to implement innovative and unique processes and steps to create a system that makes it harder for thieves and prevents stolen fuel.

Below we discuss some invaluable tools, procedures and technology that can help owners reduce the amount of fuel theft at their station.

Closed-circuit television (CCTV) is a critical risk mitigation and theft prevention step in many stores, shopping centres and venues around the country, which means most petrol station owners are already well aware of its impact. CCTV captures all of the events that happen at the station, so number plates, personal imaging and vehicle models are recorded when theft occurs. It facilitates police reports to be filed seamlessly and thieves are much more likely to be caught given the evidence and traceability.

For service station owners that don’t already utilize CCTV, its impact can not only bring justice to fuel thieves from your store but it acts as a major deterrent to reduce your fuel losses. As it has been an integral part of risk management for most service stations for many years, this may also leave some owners complacent. Advancements have made high-definition CCTV much more accessible to small businesses which have a much clearer image and can capture faces as well as number plates.

High definition is made possible through the transition from analogue CCTV to internet protocol (IP) cameras which host a range of extra security benefits. IP cameras have zoom features, better resolution and image quality that’s accessible from multiple devices for comprehensive theft surveillance.

Prepaid systems enable your customers to pay for the fuel they use before they fill up their tanks. This technology is already available today and many services stations around the nation currently use it for one reason or another. Customers often want to pay an exact amount for fuel to help them manage their expenses, and prepaid systems allow them to enter this amount and fill up without the concern of overfilling and paying more than they wanted. Service stations can market this prepaid system as a customer benefit while preventing fuel theft in the process.

There may be reservations for petrol station owners implementing a prepaid system as it can mean that customers might sometimes pay less than they otherwise would when they completely fill their tank. However, it’s exceptionally effective at preventing fuel theft which means the money saved, not only in theft losses but the reduced need for other security features, can mitigate this concern as well as provide peace of mind to owners and their staff.

Owners may gain a competitive advantage as they can ensure a reduction in fuel theft, so they may be able to provide lower fuel costs and attract more customers, further protecting and building overall revenue.

Connect to an information database

There is a powerful benefit in petrol station owners working as a collective. Innovative technology is now available that provides an integrated security system database for station owners to curb fuel theft at the bowsers and every petrol station Australia-wide. Police are often discouraged from following up on stolen fuel because criminals can claim they forgot to pay rather than having the intent to steal. This calls for petrol station owners to work together and communicate about thieves between them so they can protect their businesses.

Integrated security systems include cameras, but they work a little differently from CCTV as they record the license plate and vehicle details of everyone that enters the fuel station while instantly referring to the driver’s history. If a recorded theft for the motorist is identified, station owners and staff are immediately alerted and a notification goes directly to the register. Staff can then apply the appropriate procedures to either ensure the customer prepays or is refused service altogether.

This method targets previous theft as it’s a strong indication of risk which can significantly reduce the amount of fuel stolen from your station, however, it can still leave you vulnerable to thieves whose crimes were previously unrecorded or first-time thieves. These systems will only continue to get better and more powerful, as more stations plug into the database and more data is collected, fuel thieves will begin to become entirely deterred to steal.

Lighting creates visibility and aids your customers in filling up their tank at night hours, but it also provides exposure. Not only does it help your security cameras and aid your staff in watching customers, but it can also deter thieves who prefer operating in the darkness where their actions aren’t on display. Installing well-position security lighting to cast brightness onto your tank stations and help bowser visibility can be an integral part of your risk mitigation strategy.

You can opt for continuous lighting which can be a great way to encourage nighttime customers by indicating your station is open. Alternatively, you can use sensor lighting that activates as a car drives into a pump. Motion sensor lighting results in lower operations costs and makes a more pronounced visual effect so that your staff are more likely to watch and thieves are more aware they’re exposed.

An effective workforce requires the appropriate training and education so they can inform customers on how to use a petrol station as well as learn the steps to take to prevent or report fuel theft. Studies suggest a strong correlation between proper staff training and a reduction in fuel losses. Creating internal processes for when staff suspect a potential theft, what to do the moment one happens, and how to report a crime is critical to risk mitigation. When staff are aligned to the same procedures your theft reduction efforts can be run practically and thefts will be reduced.

If your staff act in a consistent way, it can also help to deter thieves as they witness your anti-theft processes in action and that you have a proactive approach to reporting them. It’s unfortunate to say, but there’s a possibility for fuel theft to happen internally, too. Educating your team on the detrimental effects of fuel theft on your business, their jobs and society as a whole can help everyone remain conscious of the consequences.

Within your training, you can also include content about signs of suspicious behaviour and best practices on reporting this. You can encourage your staff to stay vigilant of cars or people scoping out your station or remaining on your premises for a long duration and where to record the license plates of suspicious vehicles.

Warning signage is a simple deterrent approach, yet it can have profound results. Signage that warns customers of the consequences of fuel theft to create a well-rounded deterrent and mitigation structure for petrol stations. These signs can include the maximum fines and other penalties as a result of stealing fuel.

Thieves may weigh up risk and decide to steal if they believe they will get away with the crime, so reminding them with adequate signage at the time can make them reconsider their plans as they think about the consequences of the crime. Along with prosecution warnings, your signage can also reference the security measures that you have in place to explain to thieves that they’re being watched. Explain that your business has procedures in place and that customers are constantly being videoed, with faces and license plates recorded.‍

WISE specialises in risk management for businesses and supports the application of measures to combat crime and risks across multiple industries. To find out more about our services and how we can help your business, get in touch today.

Thank you! Your submission has been received!
Oops! Something went wrong while submitting the form.

We never share or sell your information, and will only use the information you provide to us in order to send you updates when they are published.
You can unsubscribe to these updates at any time.